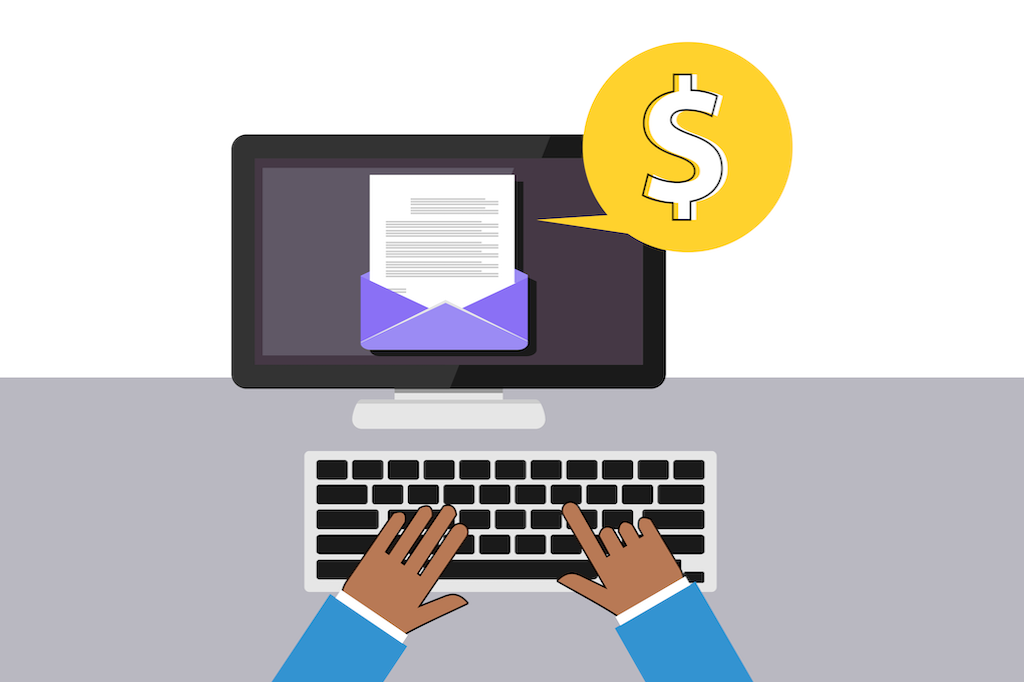 After countless hours of job applications and interview preparation, finally, you have offers on the table and are that much closer to signing your dream role. You know that you should negotiate, but you don't want to because it can be nerve-racking and uncomfortable. You're certainly not alone. Instead of negotiating over a call, it can feel safer and more comfortable to do so over email. However, each format of negotiation comes with its own pros and cons, which we will cover in this article based on our experience negotiating hundreds of offers at Google, Facebook, Amazon, Microsoft, Apple, and many other tier 1 companies.

The purpose of this guide is to help you understand the differences between salary negotiations over email and salary negotiations via calls. We share why we believe negotiating over calls results in greater increases, while also sharing our tips to maximize your offer when negotiating over email, if you still prefer to do that. These insights were distilled from our team of expert negotiators - who have negotiated more than $300M in total compensation - to help people like you get the offer you deserve. If your situation is unique or you want 1:1 support to ensure you maximize your compensation, sign up for a free consultation with our negotiation team.

Negotiating Over Email vs. Call

These differences have a measurable impact on negotiation outcomes and are hard to avoid when negotiating through email. We'll cover this impact more later on, but for now, the main differences are:

Benefits and Drawbacks of Email Negotiations

It can be more comfortable to negotiate over email, as you can take your time to draft your reply and don't have to worry about being put on the spot. This may help to avoid saying the wrong things. However, having a well thought out plan pre-negotiations should protect you against this in either case. You also won't have to worry about your tone as much, but you'll still need to be mindful of this over email as impressions can still be made through verbiage and how things are framed. Lastly, there is some benefit to having everything recorded - though we've never run into issues with this when negotiating with tech companies via calls. The main benefit of having things recorded is that it's easier for you to reference back to points and keep track of everything.

Those were some of the benefits to negotiating over email, but there are a number of drawbacks we also need to address. Some of these drawbacks may seem small on their own, but from our experience, they make a material impact on a negotiation.

Building Rapport: A less measurable yet still important factor is that it is much harder to build rapport with the recruiter or hiring manager over email. Your recruiter is usually the proxy to the compensation team and better numbers. When you strip away human voice and the spontaneity of a live call to chat about non comp related subjects, it becomes much more difficult to build a relationship through just text.

Gathering Information: Getting into the more explicit drawbacks of negotiating over email, you are also at a disadvantage when its comes to information gathering and negotiation tactics. Just like how you are able to take your time to craft a response, so can the recruiter. In our experience across hundreds of these negotiations, being able to ask key questions live and use various negotiation tactics on the call has yielded valuable information which leads to significant increases. The success rate for these questions via email is much lower. For example, getting the recruiter to share the ranges for the role or that the offer is not maxed out is a lot easier to do on a call rather than an email.

Deflecting Questions: When negotiating over email it's harder for you to avoid questions as they are there point blank and it shows more clearly you are intentionally avoiding that question. On a call, you have more flexibility through verbiage, the information you highlight, tone, and the ability to redirect the conversation.

Offers in Writing: Lastly, the likelihood of the recruiter asking for more details or to share proof of competing offer numbers "in writing" becomes much higher as you are already communicating over email. Recruiters are generally less inclined to ask to see proof when discussing numbers and compensation over calls. It becomes more difficult to avoid these requests and to deflect.

All of the aforementioned points lead to less success in negotiations done over email and consistently worse outcomes.

If you still feel compelled to carry out your negotiations over email, here are some best practices for doing so. At Moonchaser, we help draft critical emails for our clients, which allows us to get into situation specific advice. For now though, this is our high-level advice.

Write out your strategy: As mentioned previously, it is important to have your strategy and plan laid out before you even start negotiating. For example, sharing sensitive information around your current compensation, expected compensation and competing opportunities can make or break the rest of your negotiation. While you may have more time to draft responses, you can't go back in time to take back something you said if the original strategy wasn't well set up.

Even before the offer is extended or confirmed, all the information you share or don't share will be used against you. Things like the dreaded information form that asks for your current compensation or when the recruiter asks you if you are interviewing anywhere else can all be critical turning points for the negotiation. You'll want to make sure you ask the right questions and answer the recruiters questions in a way that sets you up for success and doesn't box you in.

Be selective with information : The balance between the information we want to highlight to the recruiter and the information we don't want to disclose is at the core of a good negotiation. Managing this well leads to successful negotiations and greater increases. Verbiage and how you position information is very important. For example, if you were trying to uplevel at a company how would you position that? You would need to approach it from an external point of view rather than simply saying based on your experience you think you should be upleveled. How can you best position scope, responsibilities, comp, and competing opportunities to get the recruiter to bring up upleveling?

As another example, if your competing offer is in a different location, for a slightly different role title, or at a lower level, you need to be extremely careful about how you word your emails to avoid this being discovered (without lying of course). Recruiters know how to extract this information and this can make or break the negotiation.

How to present a counter offer and say no: Once you have thought hard about the number you will ask for, you'll want to consider how to present that number. Instead of asking for $X because you want more money or because you saw that number online, presenting the number through a competing opportunity or market-based approach is much more effective. When you receive updated numbers, it might feel tempting to just say yes. Don't be afraid to push back as further negotiations are expected, though keep in mind this does depend on your unique situation. Finally, the wrong way to say no is by simply saying no. You'll want to say no to offers and updated numbers in a sympathetic way that puts the onus on the recruiter and shows you are still excited about this opportunity.

Why Negotiating Over Email is Worse

At this point of the process you have already invested a ton of time into getting the offer. The difference at this point between emailing vs. spending a little bit more time on a couple of phone calls is something worth evaluating - even if you hate verbal negotiations. In our experience, negotiating via a call can change your compensation by more than $100k per year for senior candidates, and after all the work you have done, this is the time to be rewarded for it.

Counterintuitively, it is much easier to mess up negotiations over email. We have people reaching out every day asking how to fix a mistake they made via email. Mistakes made here are also much harder to reset. For example, one candidate came to us with an offer from Google. He shared with them over email that he would consider reneging (not recommended) his $450k offer at Amazon if Google could get to $400k. Google used the specific wording in the email to then claim that the Amazon offer "didn't count" as a competing offer since he already accepted it and therefore they could only offer $350k. Google is particularly crazy, but this stuff happens all the time.

In our experience, it is much easier for recruiters to avoid negotiations all-together when done over email. Through trial and error, we have found that negotiating over calls typically results in ~40% better outcomes. In fact, people frequently reach out to us after failed email negotiations where the company simply refused to negotiate at all - including companies who negotiate with us on a daily basis (e.g. Facebook).

At Moonchaser we totally understand that live calls can be intimidating because of the uncertainty and the demand for nuance. That's why we plan out the strategy and the potential flows of each call way before they actually happen and prepare you with scripts that have the exact verbiage and responses you need, especially when they are pushing back on things like your competing opportunities. Even then, we know that might not be enough given the uncertainty of how the calls can go. We are here to support you from pre-offer to the day you sign and that includes co-calls where we will there to support you live and guide you via live chat.

Example section of a Moonchaser script. Setup, pushback, and responses are customized for each client's situation.

Want to learn more? Sign up for a call with our negotiation team.